What can we do to bring an end to bullying?

A pink shirt is no longer just a pink shirt. In 2016, it’s a symbol for anti-bullying and it’s worn by hundreds of thousands of people across the world for one day in February, Pink Shirt Day. The annual event started small in 2007 when two high school students in Nova Scotia took a stand and called on students to wear pink to school to show support for their male classmate who was teased for wearing pink to school.

That small act of kindness sparked an international movement. Travis Price was one of those students and as the creator of Pink Shirt Day, it’s safe to say he’s Pink Shirt Day royalty.

“I’ve gone from being a bullied kid, to an advocate and it’s surreal,” said Price to a room full of youth, parents and educators in Vancouver, who were donning different shades of pink.

We often blame the bully without looking to the root cause of their behaviour but as Ahmad pointed out, “society can’t be the best version of itself without us joining hands.” This underscores the importance of including the bully in the discussion and in the solution. As Dr. Hymel put it, “creating relationships is the key to stopping bullying before it happens.”

But what action can we take to stop cyberbullying? When I grew up as a child of the '90s, bullying was more or less confined to the playground. The afternoon bell would ring to mark the end of the school day, and the bullies and their victims would go their separate ways. Today, kids can bully their peers anonymously online with the swipe of their finger using their ‘weapon’ of choice: Snapchat, Instagram, Facebook, Twitter or the new app of the month that I’m not even aware exists!

When it comes to cyberbullies, is it best to call them out on their behaviour or ignore them? This issue was a point of discussion between the panelists. 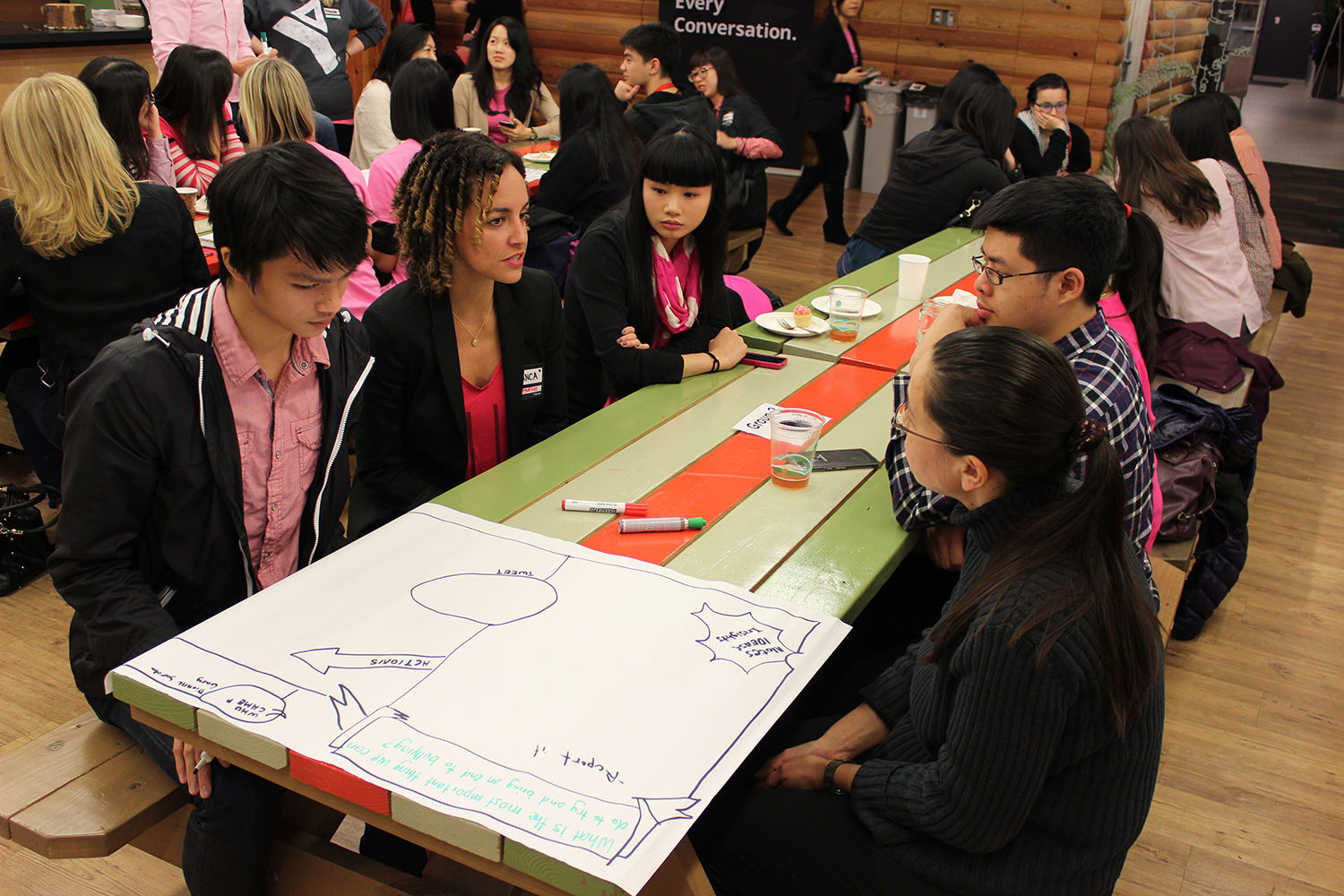 Bujan advises her clients not to engage with negative behaviour online because the bully wants to get a rise out of their target. “They want a reaction — don’t give them one.”

But Dr. Hymel pointed out that “many kids who cyberbully disengage. Sometimes you need to call them on it and say no, it’s not okay.” Label it as bullying, don’t be a bystander. “There’s a misconception that bystanders have two options: to intervene or look the other way, but they have dozens of other options,” explained Hymel.

Following the panel discussion, the crowd was divided into smaller groups for discussions about how to prevent and stop cyberbullying led by YWCA’s Youth Advisory Committee members. We were also challenged to summarize our call to action into 140 characters for a tweet. We were at Hootsuite, after all. 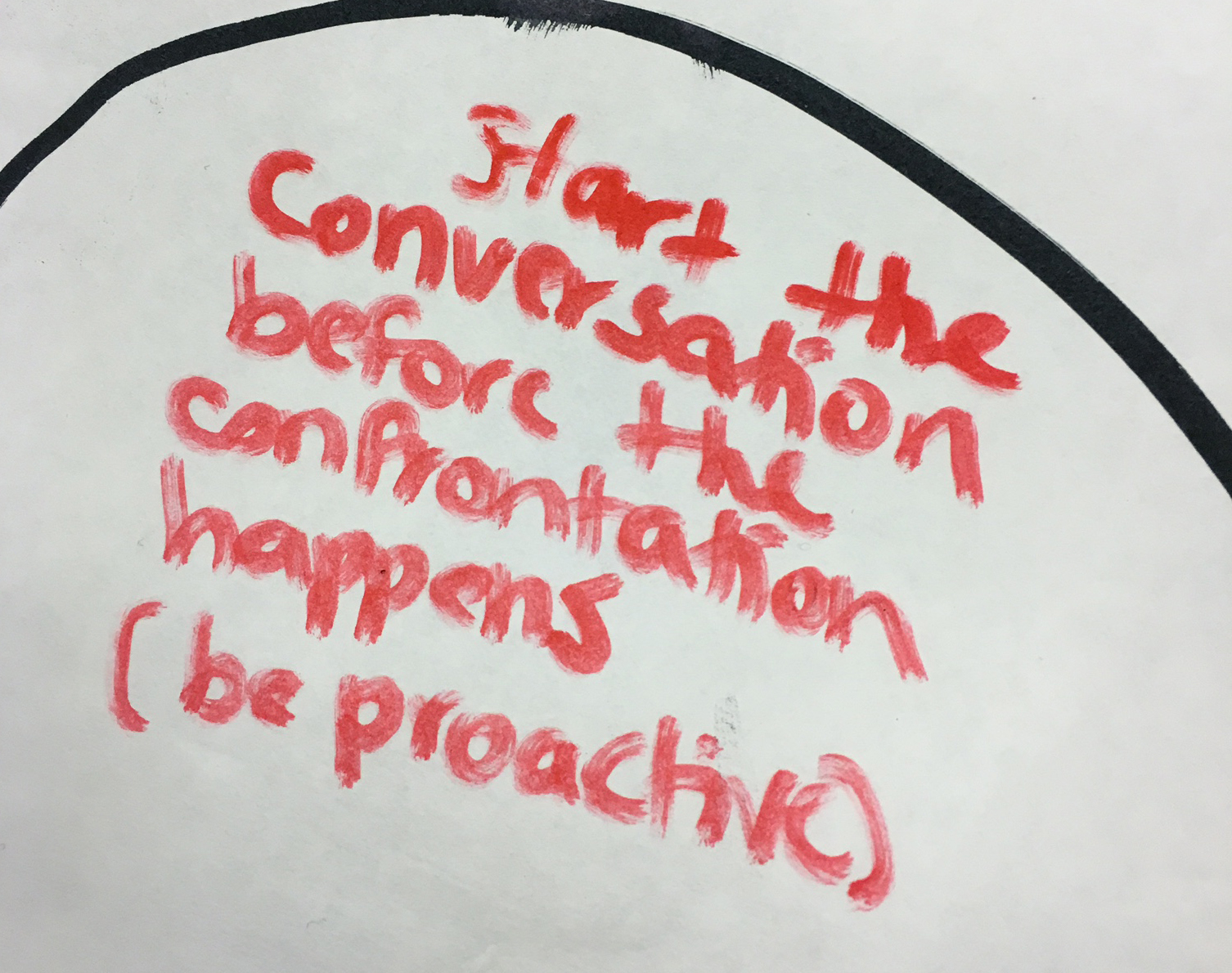 My group went with this:
Start the conversation before the confrontation happens. Be proactive.

A powerful note to reflect on as the event came to a close.

Jessica Gares is a communications and public relations professional working in Vancouver. She is a dedicated volunteer and guest blogger with the YWCA. Follow her on Twitter at @jessicagares. Do you have what it takes to write for our blog? Contact us and find out how to get involved with the YWCA and give back to your community.

Sticks and stones may break my bones but words will never hurt me. I grew up reciting this nursery rhyme and believing its message, but now that I’m...

Pink Shirt Day event: Cyberbullying and how we can help stop it

Despite progress in recent years, young girls continue to be a disadvantaged group around the world, excluded from many opportunities in society and...