YWCA Metro Vancouver is pleased to announce the recipients of its 34th annual Women of Distinction Awards.

More than 1,400 guests and volunteers gathered on May 29, 2017 at the Vancouver Convention Centre to honour inspiring nominees and their achievements.

Kathleen has been the Director of the Vancouver Art Gallery, the largest public art museum in Western Canada, for more than 15 years. Under her energetic, incisive leadership, the iconic institution has experienced a period of unprecedented growth and a significant transformation of its programs. Among her many important initiatives are the establishment of the Gallery’s Institute of Asian Art, unique in Canada for its scope and breadth and the planning for a much-needed new gallery building. The new gallery will support the work of artists from Vancouver, throughout British Columbia and across the world and serve the Gallery’s expanding collection as well as engaging growing audiences in myriad ways while advancing Vancouver’s reputation as an international centre for art. 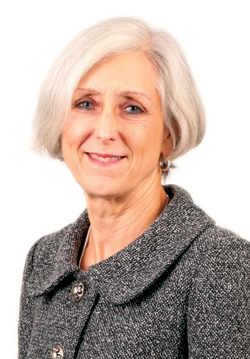 Anne Stewart, Partner Emeritus with Blake, Cassels & Graydon LLP, is recognized as one of Canada’s best business lawyers and a pioneer in the traditionally male-dominated fields of mergers and acquisitions, corporate structuring and infrastructure and finance. As a Senior Partner for more than 25 years, Anne pioneered the legal framework for infrastructure projects across Canada, guiding her clients through some of the largest transactions in the industry. Anne’s influence on the business landscape over her distinguished career is matched only by her impact on the careers of the many women she has mentored and championed along the way. Always looking to lift those up around her, Anne also co-founded programs that help women return to work and transition to fulfilling retirement. 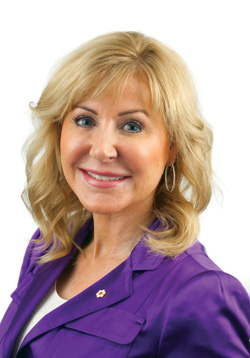 Award winning entrepreneur and advocate for individuals with differing abilities, Wendy Lisogar-Cocchia is a champion for providing inclusivity and support to those affected by Autism and related disorders. As a mom with a son who has Autism, she saw an essential need to create a charity that individuals and families can turn to for all levels of support.  In 2007, Wendy co-founded the Pacific Autism Family Network (PAFN) where she has broken down the barriers of access by collaborating with approximately 60 organizations to address the lifespan needs of individuals affected by Autism and related disorders, all under one roof.  In November 2016, the PAFN opened its first location - “GoodLife Family Fitness Autism Hub” in Richmond and will open smaller satellites in other areas of BC in 2017. 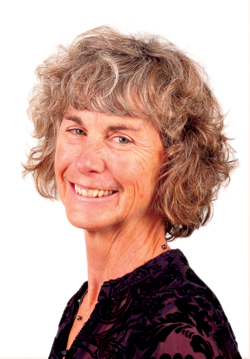 A series of firsts characterize Nancy Olewiler’s lifelong commitment to education. She was the first female professor to join Queen’s University’s Economics Department and later the first to receive tenure. She remains the first and only female Chair of SFU’s Economics Department and created the field of environmental economics at two Canadian universities. Today, Nancy is founding Director of SFU’s School of Public Policy, where she shapes the policy discourse on civic issues. Her teaching and mentorship has inspired countless students to support their communities in public service, from improving public transit to addressing climate change. As one of a handful of women economists on boards and at policy tables, Nancy is helping to change the face of public policy locally, provincially and nationally. 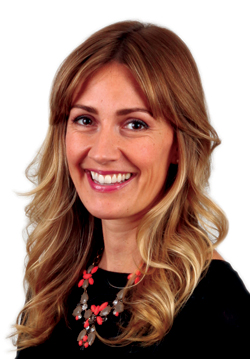 Meredith Powell is a powerhouse entrepreneur. She has built - and scaled globally - three companies in the garment industry, launched the world’s largest B2B fashion eComm platform, Shopthefloor.com and co-founded a Canadian charity to benefit the next generation of innovators, The Next Big Thing. Meredith is a creative visionary committed to championing innovation and diversity in entrepreneurship and technology. She’s an active strategic advisor to high-growth early-stage companies through her consultancy firm – Powell & Company – and a sought-after speaker and influencer. Meredith uses her leadership position to encourage other women to engage in new business ventures, promoting diversity in leadership, increasing venture funding opportunities for startups and engaging with policy makers around growing Vancouver’s innovation ecosystem. 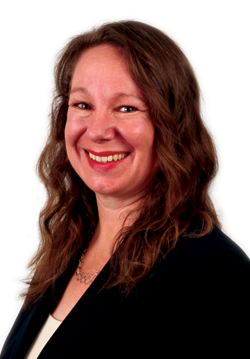 Jennie Moore is an accomplished and recognized global leader in sustainability whose work and leadership has received local, national and international acclaim. As Associate Dean of BCIT’s School of Construction and the Environment, Jennie launches sustainability-focused industry practices and educational standards that make our community a better place in which to live and work. Jennie led BCIT’s sustainability policy and developed initiatives that transformed its Burnaby Campus into a living lab of sustainability. She also facilitated the development of new educational programs and credentials to meet the needs of BC’s emerging green economy. A LEED-accredited professional, Jennie’s work received an Environmental Citizenship Award from the federal government for her groundbreaking Employee Trip Reduction program. She also launched sustainability-focused public policies, including Metro Vancouver’s Sustainable Region Initiative. 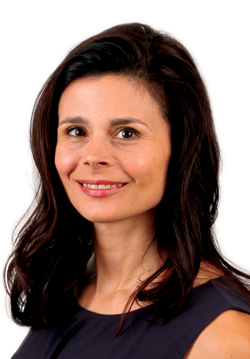 As a pediatric endocrinologist and Founder/Director of the Type 2 Diabetes and Provincial Mental Health Metabolic Programs at BC Children’s Hospital, Dina Panagiotopoulos is a nationally recognized leader in pediatric diabetes and has helped thousands of children and families. She is an advocate for the health and well-being of vulnerable children and youth, including those with mental health conditions and those from Aboriginal and Inuit communities. Dina has been recognized by the BC Medical Association and Canadian Diabetes Association for her volunteer work and for pioneering innovative and sustainable clinical and healthy living initiatives for children and their families. A Professor in the UBC Faculty of Medicine, she is a leader in medical education and was the 2016 Pediatrics Faculty Mentor of the Year. 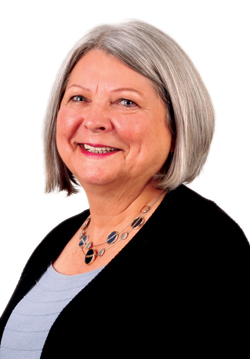 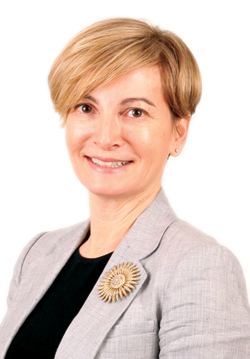 Catherine Roome is a creative and principled leader dedicated to safety management. As President & CEO of BC Safety Authority (BCSA), Catherine manages BC’s leading independent risk management company, sharing technical expertise and overseeing the province’s safety framework through assessment, research, enforcement, education and outreach. Catherine has pursued and received multiple levels of support that resulted in a new and progressive safety management system and shifted BCSA to become a knowledge-based and independently managed regulator. Catherine balances engineering expertise and leading management practices at an executive level. She possesses the highest level of technical competence, great team-building skills, a capacity to mentor others, superior ability to select strategic priorities and an outstanding ability to connect, inspire and communicate. 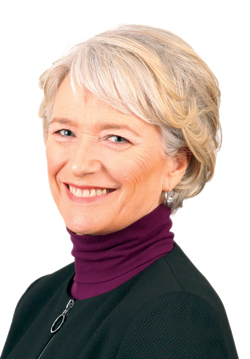 Terry Thomas is a creative, critical thinker who has dedicated her career to inventing technologies for the advancement of stem cell, regenerative medicine and cancer research. As the first scientist hired at STEMCELL Technologies Inc. in 1994, Terry has been seminal in building Canada’s largest biotech company. She has been granted patents for 14 unique technologies personally and 22 more invented by her team which is now 210 strong, 61% of whom are women. She is an exceptional leader of young scientists launching many into successful careers in science. Mentoring is second nature to her as she has guided more than 135 PhD graduates to become senior managers in technology development. 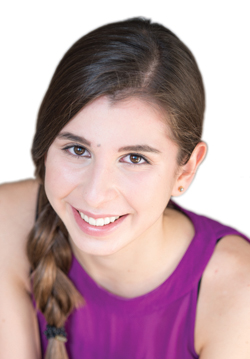 As a young, emerging research scientist with a strong entrepreneurial and social perspective, Nicole Ticea has embarked on a path with her company, OneWorld Diagnostics, to bring low-cost, early HIV diagnosis to resource-limited communities. Her vision, creativity and innovation have been recognized by her many research awards and grants, and she willingly shares herself with the world through her participation in events like We Day and Ted Talks. Nicole will undoubtedly have an important impact on the health of communities and individuals, inspire young women in STEM programs and communicate her original and innovative approaches to solve big problems in global health and technology. 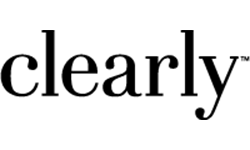 Clearly’s commitment to the development of its employees and community support programs are the highlight of the company’s workplace culture. Clearly empowers women to pursue their professional goals through Women@Clearly that connects employees with information, mentorship and education. Through Clearly’s Development and Diversity program, all employees can access an educational tuition allotment; Break to Educate – Clearly’s in-house training program; ClearlyU (Clearly University) – Clearly’s custom online learning centre; paid internships and leadership workshops. Clearly’s Change the View charitable arm has been driven by the passion of its employees, helping more than 600,000 people worldwide see more clearly. Employees participate directly through local outreach events and international volunteer programs. 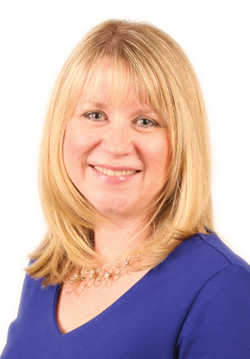 Founder of MenopauseChicks.com, Shirley Weir helps women navigate perimenopause and menopause with confidence and ease. Her mission is to connect women to unbiased information, to midlife health professionals and to each other through her private online community. As a women’s health advocate, Shirley is reframing the menopause conversation from something that has traditionally been viewed as negative into a milestone worthy of celebration. A well-regarded speaker and writer, Shirley hosted the first-ever online "menopause graduation party" in 2016 and was featured at TedxGastown Women.

This year we were proud to celebrate our 34th annual Women of Distinction Awards. Since 1984, YWCA Metro Vancouver has paid tribute to more than 300 award recipients and more than 1,750 nominees.

Read more about our 2017 nominees 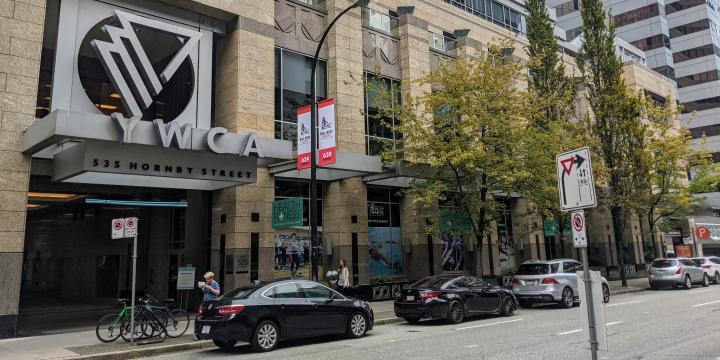 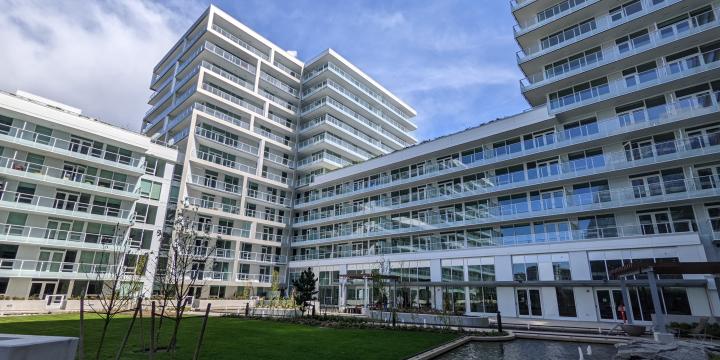 27 New Homes in the Heart of Richmond