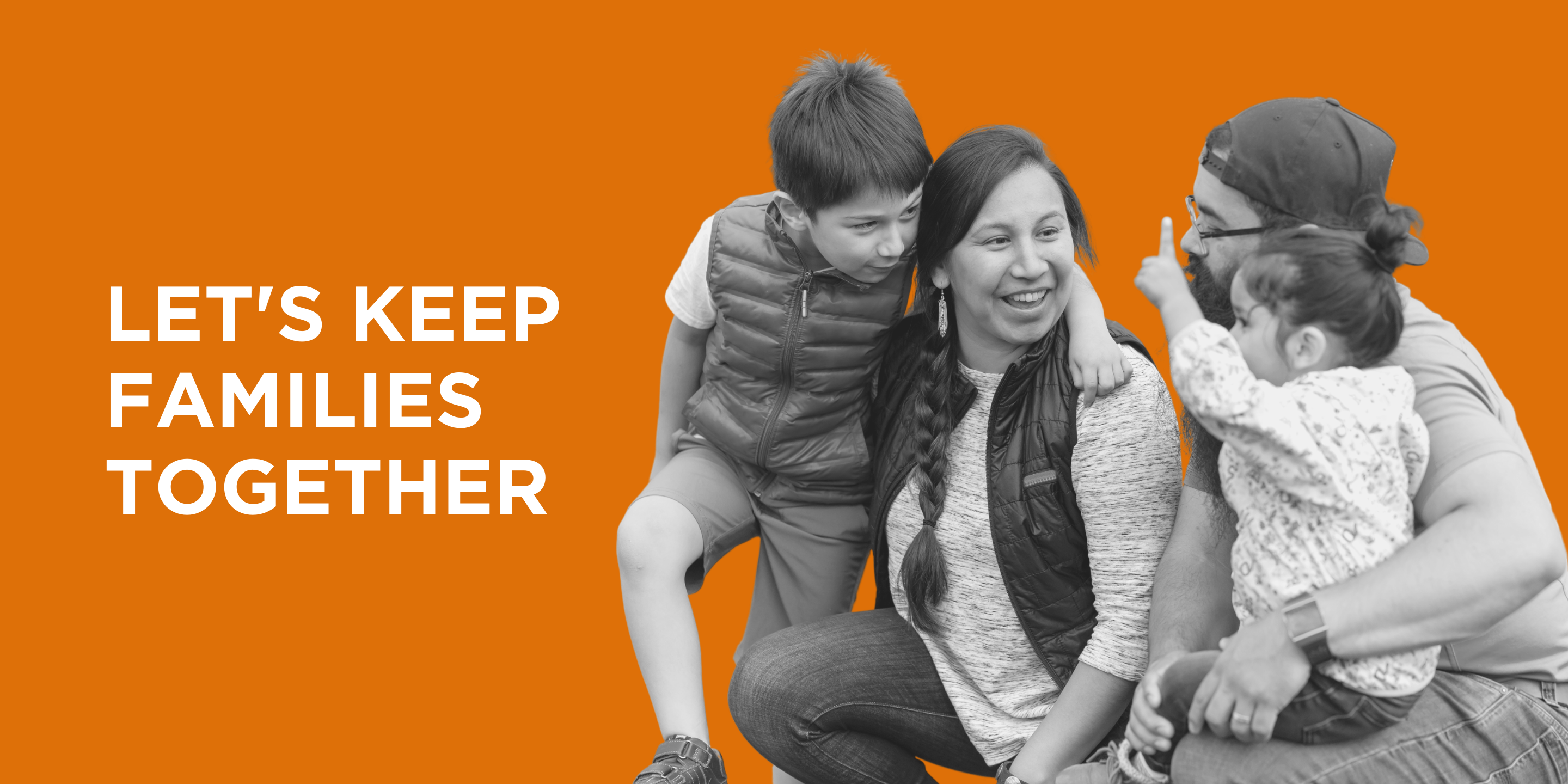 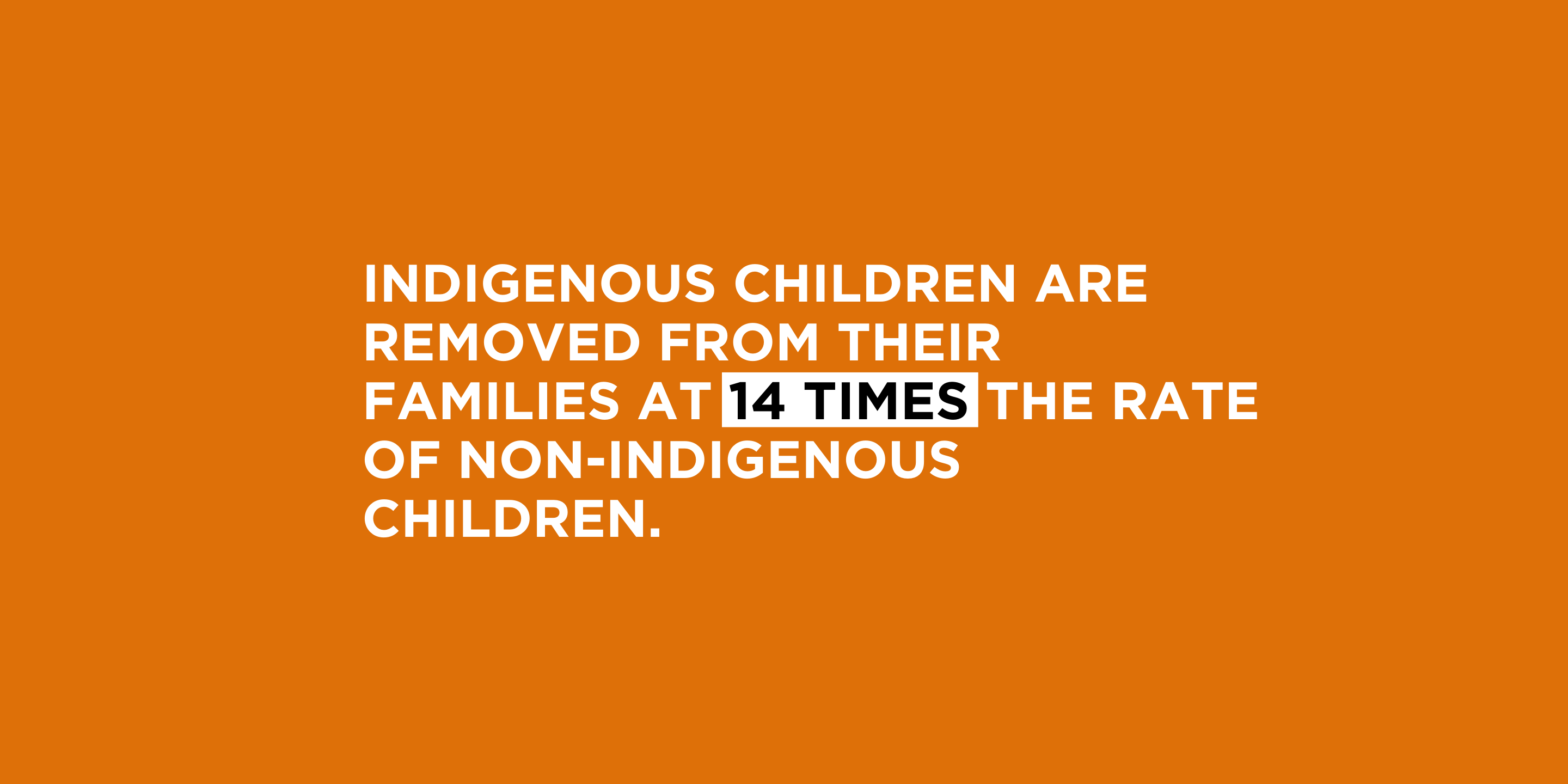 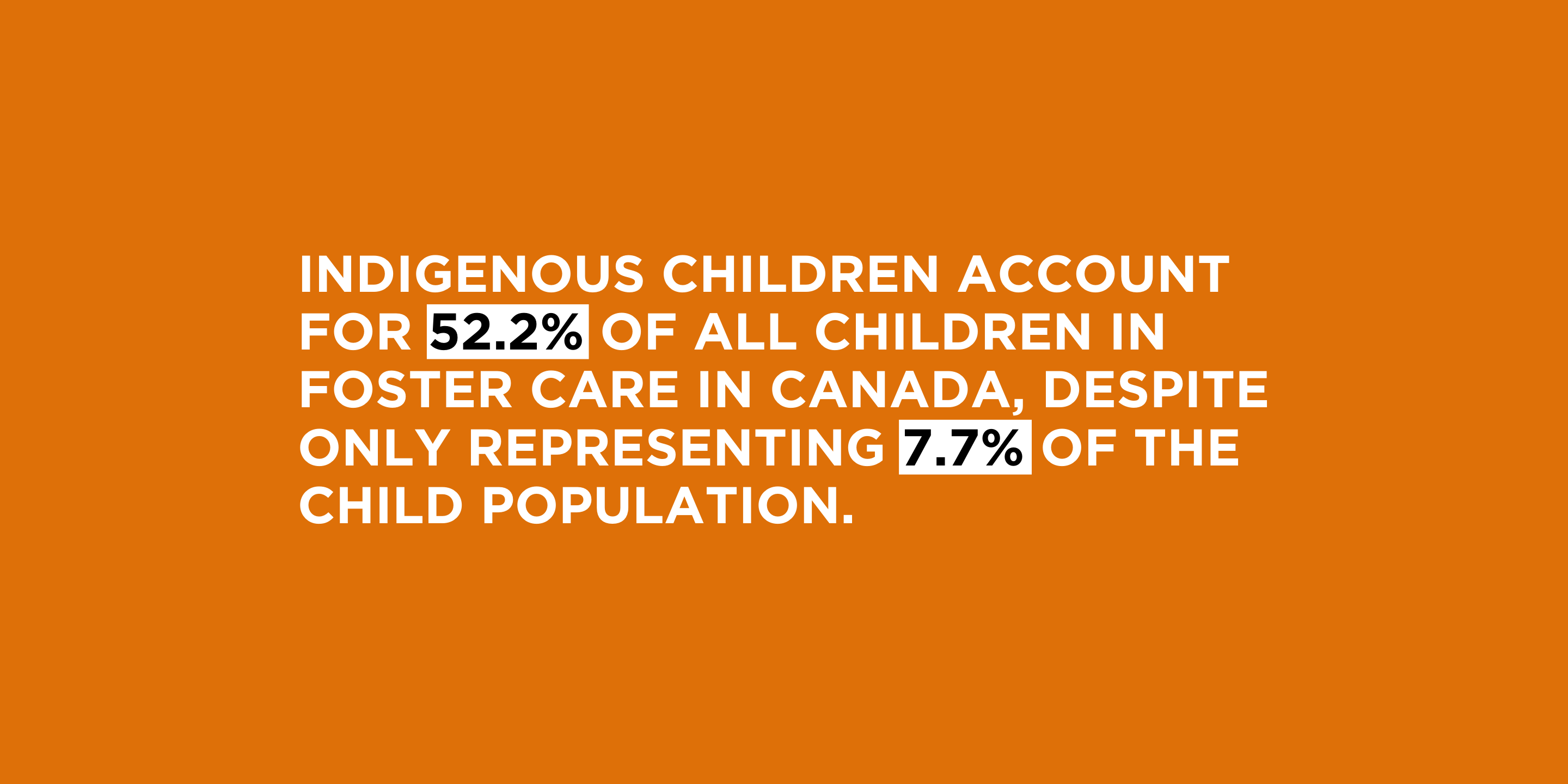 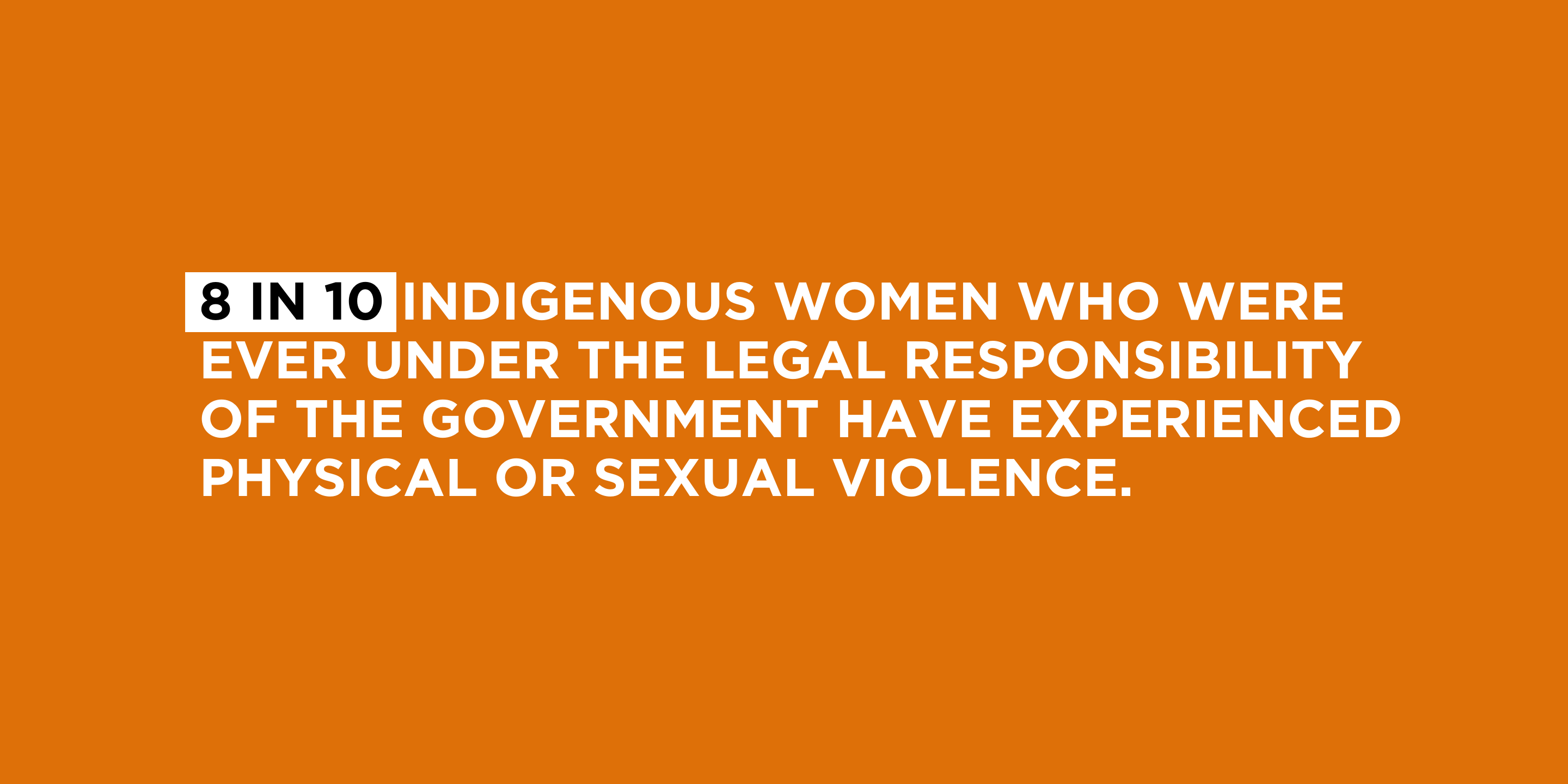 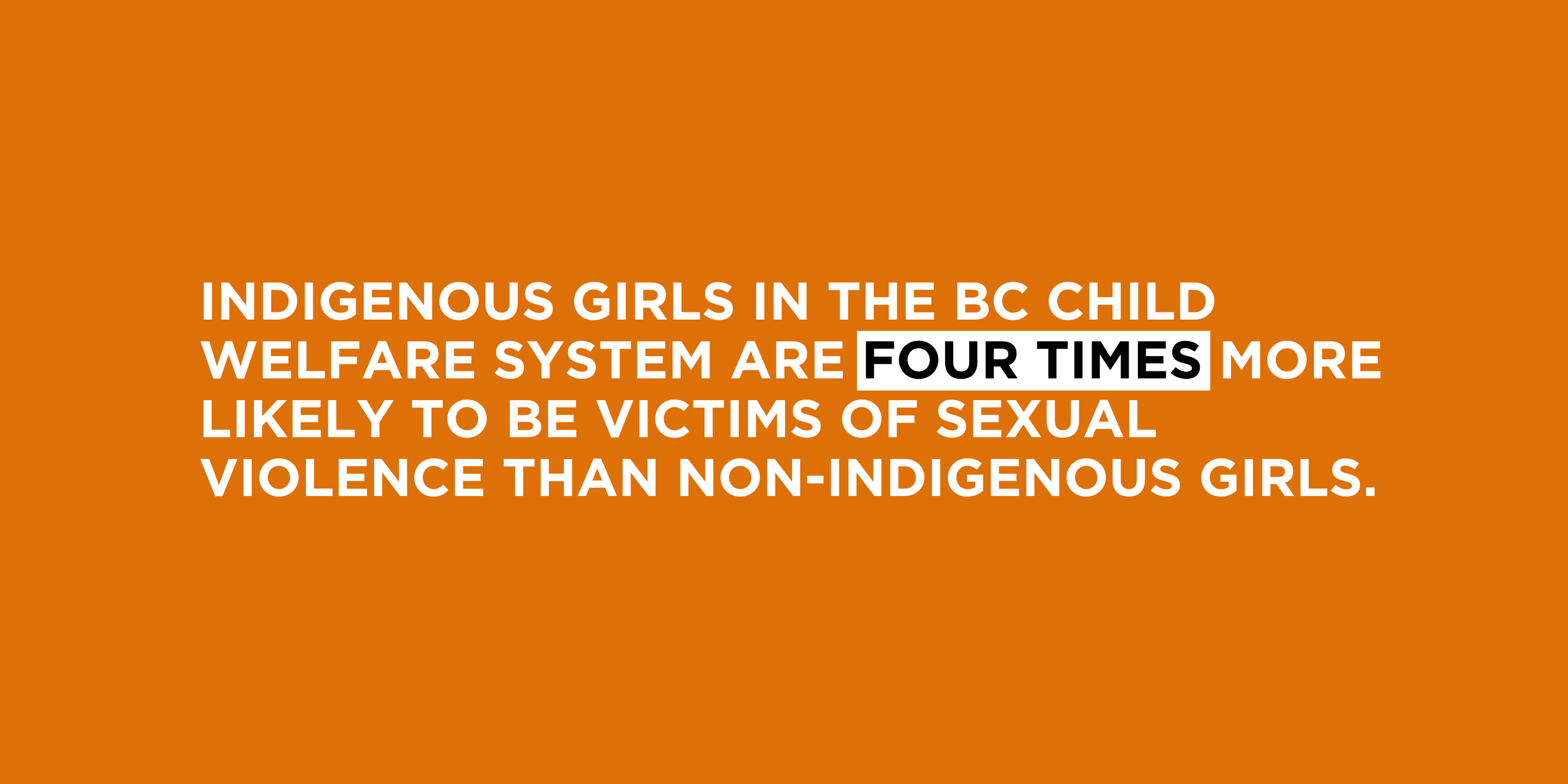 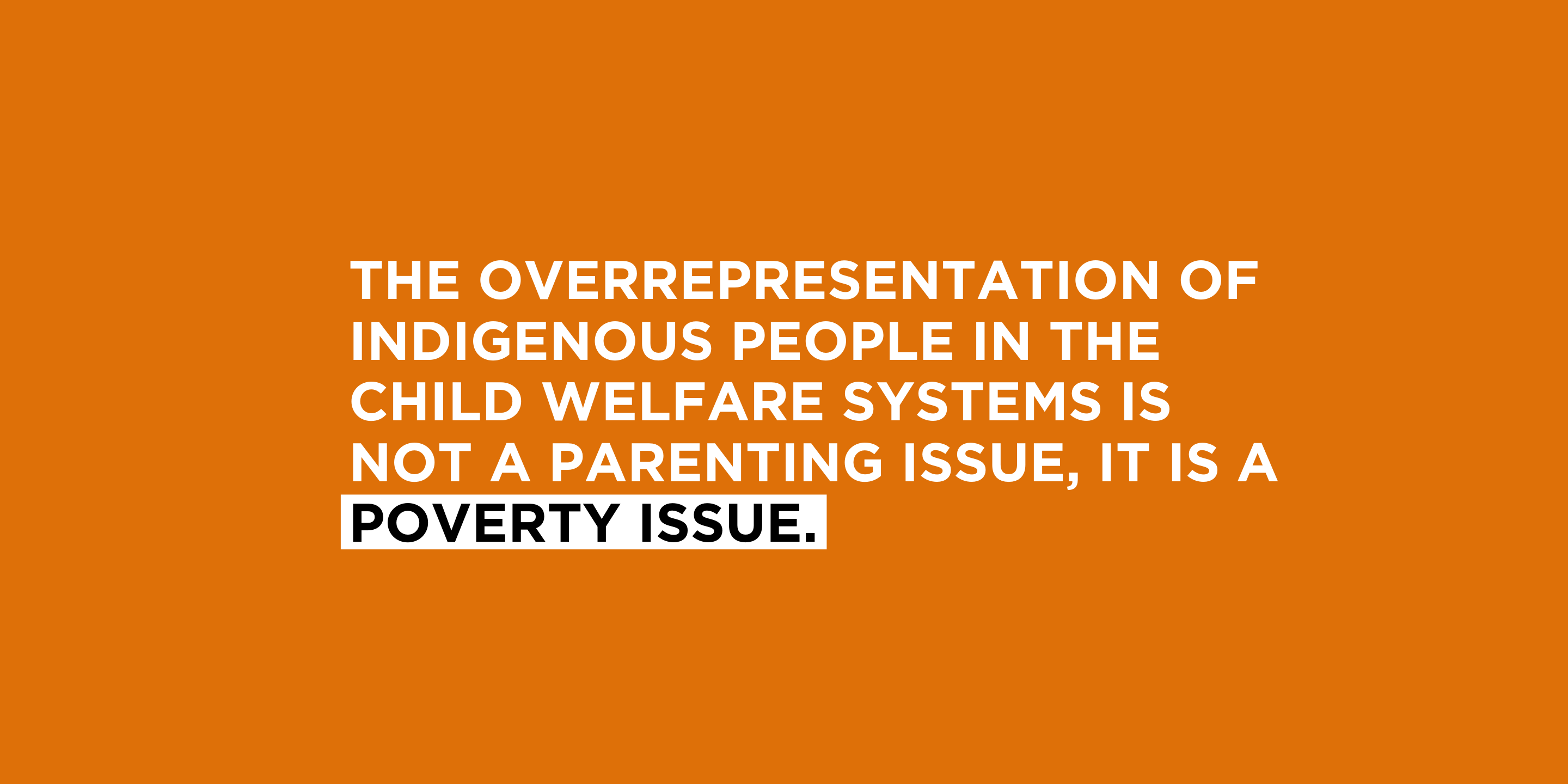 BC is in the midst of a child welfare crisis

YOU can help keep families together by writing or emailing our government officials.

Join us in calling on our Government Officials to honour the key legislation that addresses systemic racism and the ongoing discrimination of Indigenous peoples.

In particular, we are asking them to honour what each Declaration, Act, Report and Mandate says about addressing Indigenous Child Welfare systems.

Email the following officials by using the email template below,
or by clicking on the one-click email (mobile).

<include your own personalization>

I am writing to you today as a witness to British Columbia’s ongoing, unjust and forced removal of Indigenous children from their families.

I stand alongside the more than 15,000 Indigenous children in foster care, their parents and families, their communities, allies and advocates and call on you to use your position of power and privilege to be a champion for change.

Residential Schools have closed; the 60s Scoop is in the past; and yet the colonial practice of removing Indigenous children from their families and fostering them into non-Indigenous families continues at an alarming rate.

Statistics from the Ministry of Children and Family Development show that in 2020/21, Indigenous children accounted for 67.5% of all children in foster care in British Columbia, despite only representing around 5.9% of the population (as of Census 2016).

The overrepresentation of Indigenous people in child welfare systems is not a parenting issue, it is a poverty issue.

The disproportionate removal of children is historically linked with communities living in poverty. According to the Canadian Poverty Institute, an alarming 1 in 4 Indigenous people live in poverty, compared to 1 in 7 non-Indigenous people.

This is not a coincidence, but instead the result of colonization, genocide and forced cultural assimilation. The result is a cycle in which children are removed from families for issues related to poverty, and funding to support those children is then largely directed to foster families instead of their own family.

Proper funding for housing, education and health care could eliminate many of the reasons governments cite for separating families to begin with.

The Call for Change

I call on you to honour the BC Government’s commitment in its Action Plan to create a British Columbia where:

I call on you to listen to and honour the Calls for Justice in The Final Report of the National Inquiry into Missing and Murdered Indigenous Women and Girls ‘Reclaiming Power and Power and Place’, in particular:

I call on you to fulfil the mandates given to you by the Premier, covering:

I look forward to seeing what steps you take to champion a more fair and just society for all children and families.

Works only on mobile devices and or systems with default email servers set up.

This Act provides a roadmap for the Government of Canada and Indigenous peoples to work together to implement the United Nations Declaration on the Rights of Indigenous Peoples (UNDRIP - detailed above) based on lasting reconciliation, healing, and cooperative relations.

The preamble of the Act emphasizes:

The Act provides a clear vision for sustained and continued efforts to uphold the human rights of Indigenous peoples now and into the future. It:

Concluding observations on the combined fifth and sixth reports of Canada

21. The Committee urges the State party to:

Respect for the views of the child

(b) Ensure that the views of the child are a requirement for all official decision-making processes that relate to children, including custody cases, child welfare decisions, criminal justice, immigration, and the environment;

24. The Committee recalls its previous concluding observations (CRC/C/CAN/CO/3-4, para 43) and urges the State party to:

(a) Ensure full respect for the preservation of identity for all children, and to take effective measures to ensure that Indigenous children in the child welfare system are able to preserve their identity;
(b) Restore names on birth certificates where they have been illegally altered or removed;
(c) Adopt legislative and administrative measures to account for the rights, such as name, culture and language, of children belonging to minority and Indigenous
populations and ensure that the large number of children in the child welfare system receive an education on their cultural background and do not lose their identity;

26. The Committee is seriously concerned that the child welfare system continues to fail to protect Indigenous children and adolescents from violence, and that there is no national comprehensive strategy to prevent violence against all children. While noting the 2015 findings of the Truth and Reconciliation Commission and its 94 calls to action, it is concerned
at the absence of information on measures taken to implement the calls for action.

It quotes UNDRIP, and the following Articles relating to child welfare:

The purpose of the Action Plan includes addressing inequities experienced by First Nations, including the “overrepresentation of Indigenous people in the justice and child welfare systems”.

In the Action Plan, Theme 4: "Social, Cultural and Economic Well-being" outlines its:

"Indigenous Peoples in B.C. fully enjoy and exercise their distinct rights to maintain, control, develop, protect and transmit their cultural heritage, traditional knowledge, languages, food systems, sciences and technologies. They are supported by initiatives that promote connection, development, access and improvement, as well as full participation in all aspects of B.C.’s economy. This includes particular focus on ensuring the rights of Indigenous women, youth, Elders, children, persons with disabilities and 2SLGBTQQIA+ people
are upheld."

A British Columbia where:

Calls to Action addressed to “Social Workers and Those Implicated in Child Welfare”:

Read Part One of the Final Report

Premier John Horgan wrote to each Minister, outlining his expectations and mandates for them and their Ministry. These mandates include the Premier's expectation that they, and the work of their Ministry, will focus on foundational principles including:

Watch the event
Did you attend in person?

Please share your feedback with us by completing a quick survey.

We recognize that Indigenous child welfare is deeply emotional topic. For anyone who needs further support, here is a list of available resources:

Find an BIPOC therapist in your community