Single new moms thrive on a journey together

At the YWCA Baby & Me support group, single moms share their stories and learn from one another.

Mercedes is a smart, strong and independent young woman who has a good career and is confident about her future; however, when she learned she was pregnant, she was terrified at the thought of going through the journey alone. So when she found out about the YWCA Baby & Me support group, she jumped at the opportunity to join.

“When I first arrived at the support group, I was so fragile. I was really in a bad place and was so scared,” says Mercedes.

She receives support from her family and friends but they are not experiencing the same things as she is. “To come to the group and feel so much support and just be around women who are walking through the same thing as I was, it was so comforting.”

Based on the successful YWCA Single Mothers’ Support Groups, Baby & Me is a support group for expectant and new moms who will raise their first child on their own. It’s a place for them to get together, share stories and inspire each other in their journey towards personal and economic independence.

“We started the group as a pilot project in 2011 because I noticed a service gap in our regular program,” explains Janice Lee, manager of YWCA single mothers’ services. “Due to limited resources, many new moms could not join the group; the free childminding provided can only accommodate children 18 months or older. New moms are at a different stage, with different needs and priorities than other mothers. It only made sense that they have their own group.”

Held every Saturday, the group currently has 13 members. Besides sharing stories and experiences, they also learn practical skills such as financial planning and healthy eating.

“Many other moms in the group wished they had this kind of support when they were expecting [their babies],” says Mercedes. “So I’m extremely thankful to have this support to rely on. I don’t know what I’d have done especially in the first few months. I really think it would have been a lot harder.”

In 2012 we were thrilled to expand YWCA Single Mothers' Support Services to 9 new locations throughout Metro Vancouver. This would not have been possible without the generous financial support of Coast Capital Savings, Envision Financial and Vancity, which fully funded the expanded services. This unique partnership has enabled hundreds of single mothers to receive support and move forward in their lives. 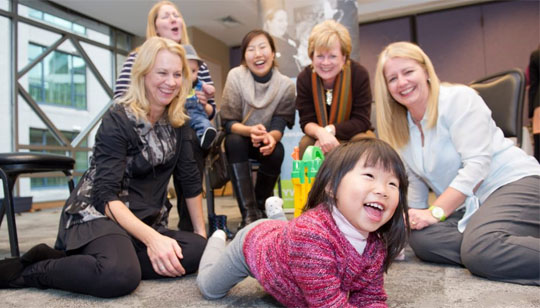