Media literacy is not a simple test

A key component of being media literate is developing a critical eye, but it takes time and practice to learn how and what to critique of the media you consume.

Many of the developed models for media critique are very scholarly (like Chomsky’s Propaganda Model) and require time and resources to carry out research. Other models such as the Finkbeiner Test (which evaluates the gender bias in articles about women in science) have a long list of criteria to remember and are very specific to their field. The Bechdel Test (used to “evaluate the depth of female characters’ stories and the range of their concerns”) avoids being too scholarly and is short enough to carry out in a few seconds: the perfect formula for a test.

Although helpful, the problem I saw with the Bechdel Test was its focus on narratives and its lack of focus on representation of minorities in media, so I created the Ratio to Percentage Test. It requires you to express the ratio of females to males and people of colour to white people in a promotional material or product line as a percentage and 50% equals a pass. The emphasis on a percent rather than a ratio is to highlight the disparity in representation because ratios such as 1 out of 4 or 1 out of 5 may not sound bad, but once expressed as a percentage (25%, 20%), show the real lack of representation.

I decided to create this test because although a novel, a TV show or a movie can have a prominent female or minority character and still pass the Bechdel Test, it does not necessarily mean that character will appear on posters, book covers, television advertisements or even as accompanying action figures or on t-shirts. Also, if a female or minority character does appear on promotional material or as an action figure, this test assesses the equality in representation.

The posters for the Big Bang Theory fail the test as females and minorities each only represent 20% of the characters and the promotional t-shirt fails as well. 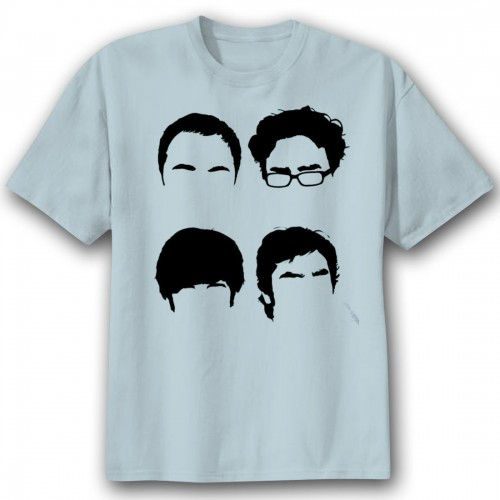 I created the Accurate Narrative Test because of my frustration with seeing the persistence of stereotypes about women and minorities in the media and my search to figure out why they persist.

The first part of the Accurate Narrative Test is to ask who wrote this portrayal and whether or not they have the ability to write an accurate portrayal. Junot Diaz, a creative writing professor at MIT and Pulitzer Prize winner, pointed out the inability of male writers to accurately portray women in one of his talks and I came to the realization that maybe these stereotypes persist because someone without the appropriate lived-experience is writing these characters.

The second part of the test is to identify if a stereotype, either positive or negative, is present in the narrative. A negative stereotype is easily identifiable because it is usually something like “women can’t drive,” but a positive stereotype is harder to pinpoint because it includes things like “gay men are good dressers”, “women are tidy”, or “men are strong.”

The third part of this test is to ask whether or not a character was created or altered to align with the views of the intended target audience. The real answer to this question requires research, but this question isn’t here in order to be answered, but rather as a way to understand the purpose of media content and production. The purpose of movies and especially television is to make a profit. A successful TV show, through the way it is written, the characters it has, and the themes it explores, will attract a target audience that is affluent and willing to spend money on the products being advertised. This audience is what advertisers are trying to reach when buying advertising.

This is the reason one of the highest rated shows in television, Roseanne, was cancelled: it failed to bring in an audience willing to spend money on products. This is why the Harry Potter movies and the Game of Thrones television show differ from the books: the characters and stories are changed to appeal to an affluent audience. It is also why reality TV is so popular: it’s cheap to produce and targets key audiences.

There are hundreds of tests out there to assess one aspect or another of media, but the goal of media literacy is not to memorize and continuously employ these tests, but to understand why these tests are developed. They are created to identify and address a problem and being media literate is having the ability to continually be critical of all the media you consume.

Baldeep Dhillon is a communications student at Capilano University and a member of the YWCA's Youth Advisory Council.