At the YWCA, we advocate for changes that support the full realization of women’s equality. What does this look like? It can be anything from policy reforms that help women safely leave abuse to educating youth about healthy relationships and media literacy.

We talk about the how the shifting political landscapes in Canada and the United States impact the work we do and how the Truth and Reconciliation Commission on Residential Schools has given us all a role to play in forging a new path forward for Canada’s Indigenous peoples.

Starting conversations about these issues is an important step in getting informed and taking action. Here is a roundup of the issues we’ve been talking about: 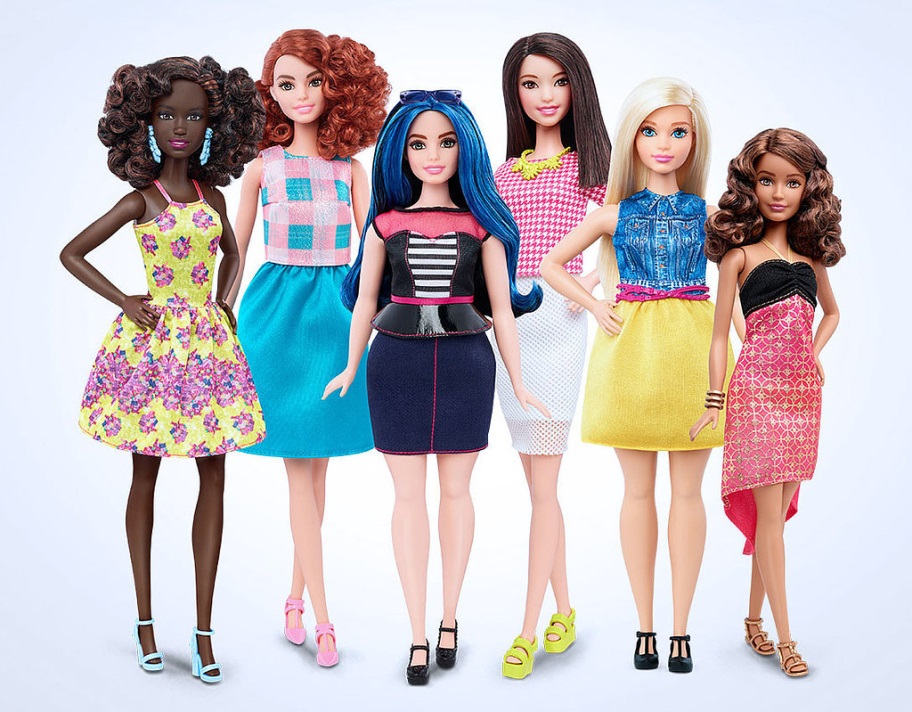 Barbie’s back in the news

Do you remember the time a book came out about Barbie as a computer engineer with a pink laptop? Barbie created the designs but couldn’t write code and needed the boys to do the actual work (sigh). The book was pulled from Amazon after almost immediate backlash from the public. Barbie is making the headlines again with another controversial move. This year, Mattel released Barbie in new shapes and sizes: she can be bought in sizes “petite,” “tall,” and “curvy.

The intended goal (we think) is to make her more diverse and appeal to a larger audience, but the changes barely scratch the surface. There are seven skin tones now, but four of them look like they're white. Despite these changes, the dolls still reinforce a preoccupation with appearance, still have unrealistic proportions, still have most of the problems of the old model and….they are all in skirts! Even the term “curvy” is a sexualized way of describing the average woman’s body type. Megan Garber provides an interesting perspective on the history of Barbie and where this new evolution fits in, and why it is driven by capitalism above all else.

Last year, the shocking details surrounding infamous CBC personality Jian Ghomeshi were revealed following a string of sexual assault accusations. The high-profile trial started in Toronto on February 1, 2016. Ghomeshi, 48, pleaded not guilty to four counts of sexual assault and one count of overcoming resistance by choking last year. The case involves three complainants, two of whom have their identities protected by a publication ban; actress Lucy DeCoutere, the first complainant to go to Toronto Police, has waived the right to a publication ban.

As the trial begins, questions are being asked about the aggressive tactics taken in the courtroom to prove reasonable doubt. The Globe and Mail published this piece about how taking the stand can re-traumatize complainants in sexual assault cases. Similarly, women who have experienced sexual violence can be triggered by the headlines and public discourse around cases like Ghomeshi's. This list provides five ways to support survivors during the trial.

The Canada Human Rights Tribunal released a 182-page ruling stating the Federal Government discriminates against children on reserves by funding family services up to 38% less than elsewhere in Canada. Cindy Blackstock, executive director of the First Nations and Family Caring Society, along with the Assembly of First Nations, filed a complaint against Ottawa with the Canadian Human Rights Commission in February 2007. They argued that Federal funding for children on reserves was significantly less, despite the greater need. The disparate funding results in more children in the child welfare system. The tribunal stated that the existing funding model and management of supporting First Nation children on reserves has "resulted in denials of services and created various adverse impacts for many First Nations children and families living on reserves." It further argues that the current system models the residential school system, whereby the well-being of First Nations children is in the hands of the government. This landmark decision reinforces the Truth and Reconciliation Commission’s calls to action relating to child welfare. 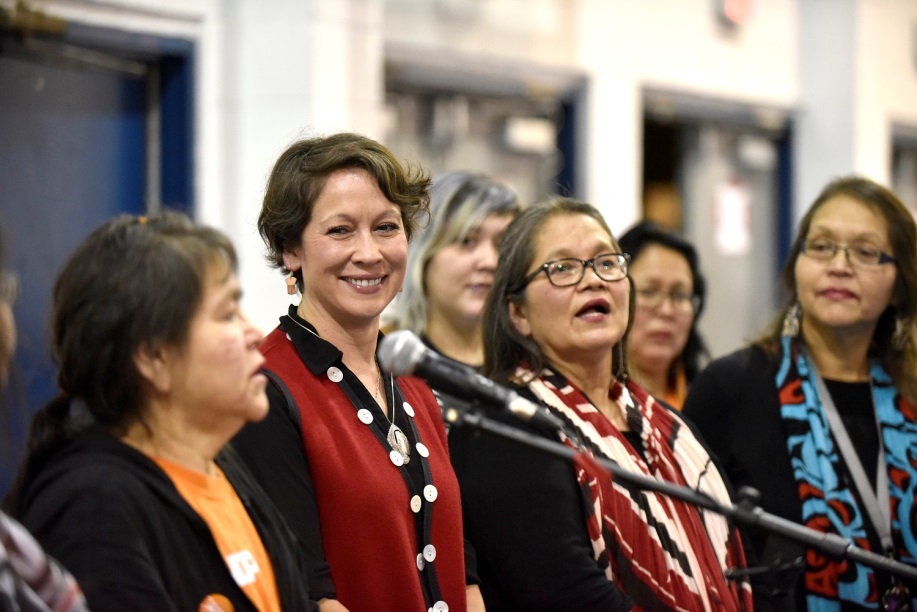 This week history was made in East Vancouver: Melanie Mark won the Vancouver–Mount Pleasant by-election, making her the first Indigenous woman to be elected to the BC legislature. With an impressive track record which includes former Deputy Representative with the Representative for Children and Youth, president of the Urban Native Youth Association and a YWCA Young Woman of Distinction award recipient, she shows great promise and tremendous resilience. Mark grew up experiencing abuse, raised by family members living with addictions, and living in poverty. Today she shared her story with the Vancouver Sun to educate others on the challenges faced by those living in poverty and dealing with trauma. 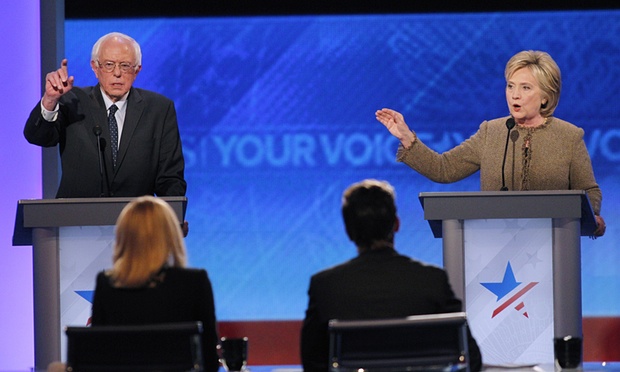 As the election campaign heats up in the U.S., Democrat Hillary Clinton and Republican Ted Cruz are currently leading the primaries for their respective parties. However, Democrat Bernie Sanders lost the Iowa caucus by only a fraction this week; many political commentators argue that Sanders and Clinton are head to head. Many thought Sanders didn't have a chance, but his social-democratic stances are proving popular among Democrats. What of Mr. Trump? Well, Donald Trump has come much farther than any of us might have anticipated but he is still behind. Some attribute his lead to the GOP’s historic celebrity infatuation. Trump, a household name, is more successful at getting media attention compared to most of his competitors. But is it enough? For a quick cheat sheet on all the candidates and their strongholds, check out this article from The Atlantic.

A recent report found 117 BC youth in foster care were placed in hotels from November 2014 to October 2015. The report was a joint effort by the Ministry of Children and Family Development (MCFD). Hotel stays came under scrutiny after the death of Alex Gervais. Gervais, an 18-year-old youth in care, died after falling from the fourth-floor window of the Abbotsford hotel, where he'd been living while in government care. His death is under investigation. The report raised questions about not only the use of hotels but the Ministry’s ability to track information. Youth in care placed in hotels comprise about 2 percent of the Ministry’s overall caseload.

Women's issues have risen to the forefront of media and popular culture, creating national conversations about the struggles and successes of women around the world: Consider Malala Yousafzai, the youngest Nobel Prize laureate in history, who celebrated her 18th birthday by opening a school in Lebanon for Syrian refugee girls.

This year, the YWCA Metro Vancouver will highlight successes of women locally, nationally and internationally. Stay tuned for more details and follow us on Facebook and Twitter to stay up to date!

We are more connected today than ever before. Snapchat, Facebook, and Ask.fm provide new ways to communicate, creating a sense of community online. Unfortunately, these online spaces have also set the foundation for cyberbullying. Cyberbullying is a form of online harassment and violence that happens through cell phones, social media and the Internet. Offenders report morally disengaging from their victims because they do not physically see the victim’s pain or hurt.

For Pink Shirt Day (February 24, 2016), a national day of bullying prevention, YWCA Metro Vancouver and Hootsuite are hosting an interactive panel discussion with a group of experts, who will speak about cyberbullying and discuss solutions for parents, teachers and youth. Space is limited so register today!

To learn more about this topic, check out YWCA Canada’s Project Shift to learn about the impacts of cyberviolence on women and girls.

Chantelle Krish is the Associate Director of Communications and Advocacy at YWCA Metro Vancouver. To learn more about our advocacy work, contact Chantelle at ckrish@ywcavan.org / 604 895 5767

Like us on Facebook to get regular updates on news and issues affecting women in Metro Vancouver.

Is feminism trendy? Gender equality and the celebrity halo effect

From Karl Lagerfeld to Emma Watson, celebrities seem to be lining up to endorse feminism, but is the so-called celebrity halo effect good for the...

1. We’re all under the influence. Understand that the media influences us all, no matter what our age and whether we want it to our not. They spend...

Rape. Sexual Assault. Violence against women. A culture that once condoned it, excused it and covered it up is slowly changing. Many women who have...