Being a present father

Some of my fondest memories as a child were staying up late with my dad and watching old tough guy movies on the CBC.

He had grown up on the streets of New York and was always quick to tell me about the actors on screen, “Hey, Mikey, that’s Lee Marvin” or “That’s James Cagney, right there! He was a real tough guy!”

We lived in a small, northern town and it was the kind of place where arguments were settled with fist fights and then – when the dust would inevitably settle – life would go on. Just like in the movies I watched with my dad.

My father was a contractor and due to the nature of his work, I was fortunate to spend a lot of time with him growing up, so to say he was a huge influence on me and the man I’ve become would be a massive understatement.

He hadn’t enjoyed the best relationship with his own father and although he never said it, I always suspected he had vowed to have a better one with my brother and me. He wasn’t perfect by any stretch but he was, well… my dad.

In hindsight, I guess you could say, he was a bit of a tough guy.

He wasn’t mean or brutish in any way, but tough times breed tough people and he was a product of the place and time in which he lived. Born into the Great Depression, the oldest boy in a family of five kids, he grew up within the cultural norms of his era. Men were strong, men were stoic and like those old movies showed and reinforced: men were tough. 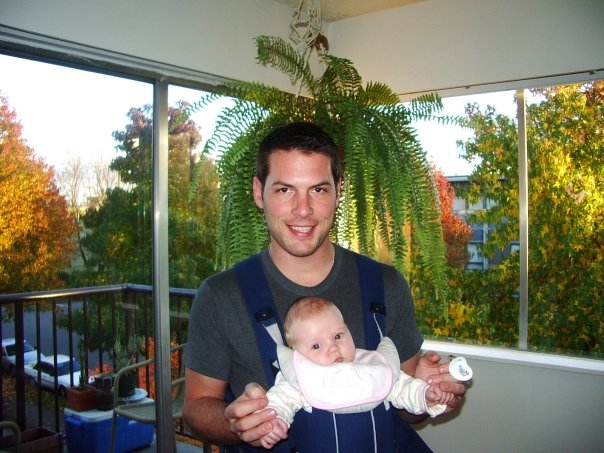 Decades later, I find myself reflecting on this while raising a son of my own as a stay-at-home dad. What kind of man do I want him to be? What can I do as his primary caregiver and male mentor, to set him on the best possible path?

One thing I know for sure is that I want him to be himself.

He has a beautiful spirit and I want to do as little as possible to change that. In this era of constant media bombardment about who, how and what boys should be, how do we as parents and role-models provide the guidance and safe-space for our sons and daughters to grow in a healthy manner that teaches and allows them to have and learn respect, not just for others but most importantly, for themselves and the world around them?

By being present, that’s how.

By taking the time to stop what we are doing, put down the phone, step away from the computer… whatever. By being present, we offer them the respect that they deserve and that we ask of them as well. Sure, life can be hard and confusing but it’s not rocket science – for most of us anyway. It requires time, patience, work and most importantly, presence. If we’re not there for them at the time they need us most, who is? The tough guys of today’s media, video games and TV? 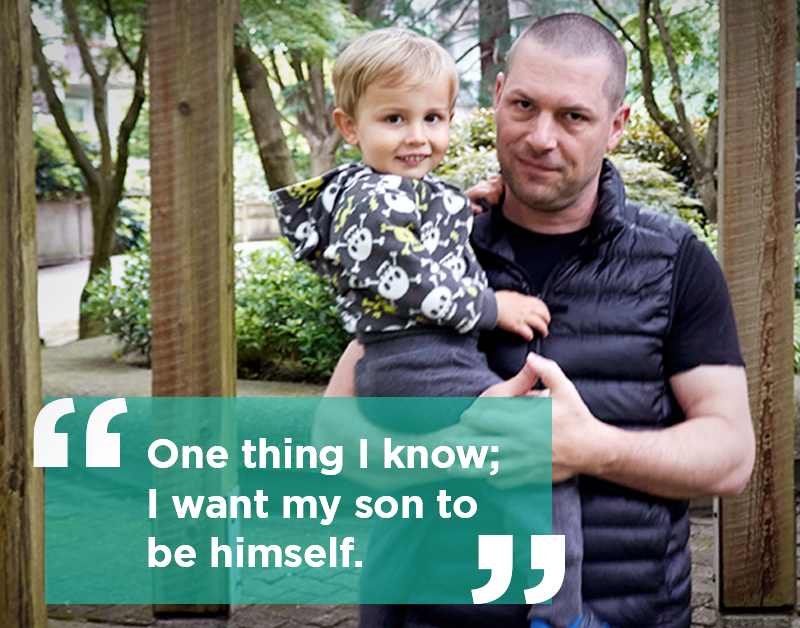 Be there for them. Teach them. Take the time to talk to them about what they are learning, watching, reading and playing. By empowering them with the knowledge that they are in control of their own experience and that the choices they make carry both rewards and consequences. Let them know when they are being marketed to and ask them pointed questions like, “Why do you think they’re saying that?” “What do you think they mean by that?” and “Why do you think she’s dressed like that?” Engage them and encourage them to think. They’re smarter than any of us might care to admit.

I see now that this is what my own father did for me in his own way, all those years ago. And this is why even, though I grew up in an era that was rich with its own class of tough guys like Stallone and Schwarzenegger, I turned out the way I did.

So take the time. Be there. Be present.

The time we have with our children is a gift.

Michael Boland is a freelance writer, photographer and stay-at-home dad based in Vancouver BC.

You are raising a bright,

You are raising a bright, funny and very independent little boy. We know as we have been fortunate to be a big part of his life as well as his sister's and his cousins. To say these children are blessed to have the parents they do is an understatement. There aren't words to express how blessed we are as grandparents to watch them become such amazing young beings.

Thank you Mike. As the father

Thank you Mike. As the father of an 8 month old boy, I value the comments you made and am doing my best to raise him with a big open heart and a strong spine, with compassion. His spirit is pure and loving now and I hope that with love and encouragement he can maintain that purity, and grow to be a bright, independent young man. From what I can see, he is off to a beautiful start. Peace.

At YWCA Metro Vancouver, we understand that the work/life conflict is a societal issue and requires a systemic response.

We advocate for smart family policies that address the imbalance in unpaid care, such as a universal system for early learning and child care, flexible working arrangements and parental leave reforms that encourage men to play a stronger role in the domestic sphere.

Hypermasculinization: What it is and why it’s a problem

Hypermasculinity is a term for the exaggeration of male stereotypical behaviour, emphasizing physical strength, aggression and sexuality. It relates...

How to raise kids who believe in gender equality

We all want our children to grow up to be caring, thoughtful and socially conscious people. Part of this means raising them to believe in and stand...

Why we should question media with our children

On average, Canadian kids are watching 6.5 hours of screen time a day. During that time, they are exposed to an onslaught of sexualized content, from...